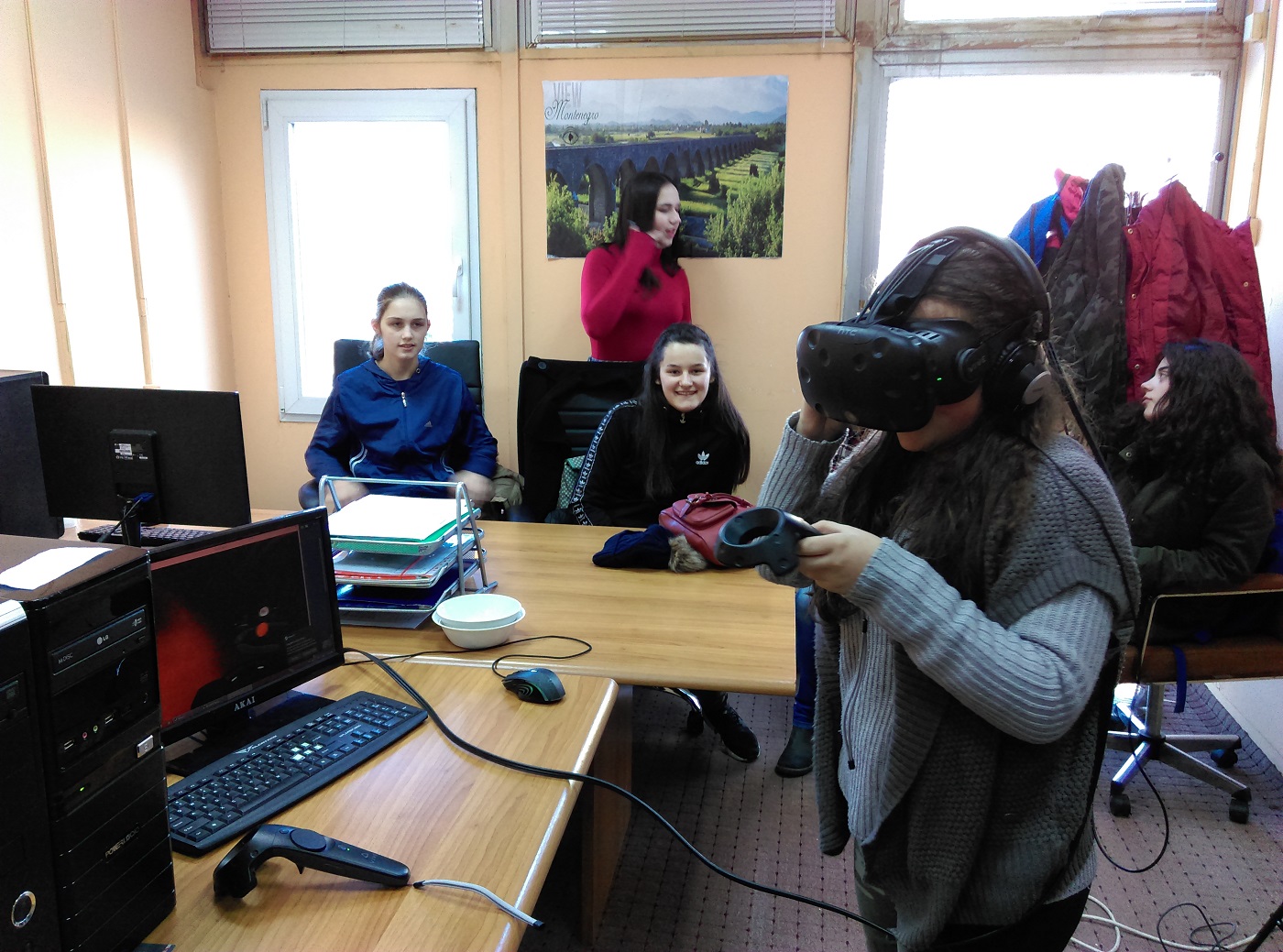 The third task of the project Innovate Your Dreams 2019  was“Cultivating Competences”.

First, students had a workshop about virtual reality and its advantages in the modern world as a part of discussion about jobs of the future. They visited Mr Darko Zugic`s office Edukacija.me where they explored virtual world. Some of them enjoyed various virtual games, some were dealing with virtual architecture, while others examined different cells and microorganisms for medical purposes using 3d equipment and 3d glasses. After that, Mr Darko Zugic gave them a brief presentation of the virtual world and its advantages, and the students had the opportunity to ask him various questions about some future jobs.

Students also had a chance to watch videos about new future jobs sent by students from Middle school Roswell in New Mexico, the USA. They were comparing videos of their peers from New Mexico to the ones they made a few days ago. The conclusion of their discussion was that even though they might have not created the same jobs, they’ve recognized the same global problems.

Finally, through Diamond Activity students’ focus was on 4C’s of the 21st century also called 21st century skills to the students: critical and creative thinking, collaboration and communication.

Innovate Your Dreams 2019 – Task 2: Everything you can imagine is real