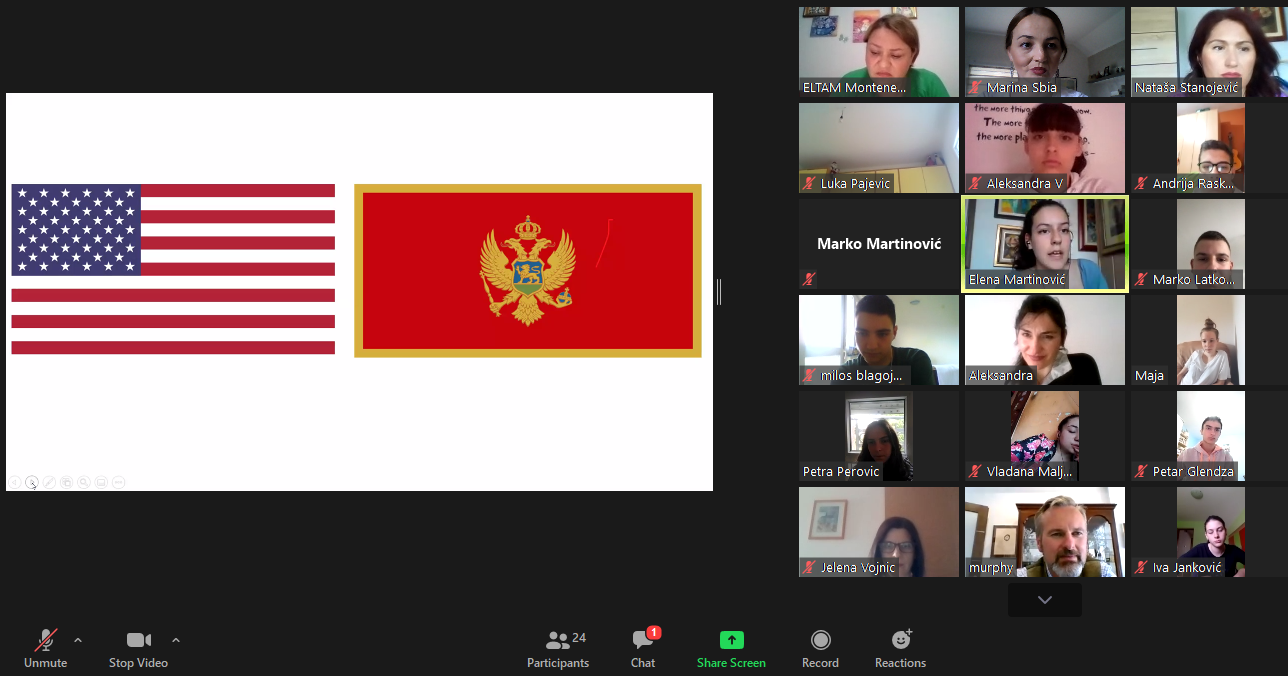 Online session held on June 11, 2020 was dedicated to Flag Day, the day that commemorates the adoption of the Stars and Stripes as the official flag of the United States. Commemorating the holiday opened a variety of related topics covered during the lesson by the special guest Consular Officer Mr. Michael Murphy who introduced the students with the history of the holiday, its symbolic meaning as well as values it gets across and proper display of the flag. He gave his best to show a real collection of flags encouraging students to discuss the origin and values. He also gave students an incentive to imagine the design of their own flag and to say why it should look like that, aiming at unique values every flag represents. Students were engaged in discussion which was broadened by polling questions, commented on by the guest. Divided into groups with a representative, students also introduced the guest with National symbols of Montenegro, commenting on similarities and differences between the U.S. flag and Montenegrin flag.