Thanksgiving feast and volunteering in the Soup…

This is a call for contributions for… 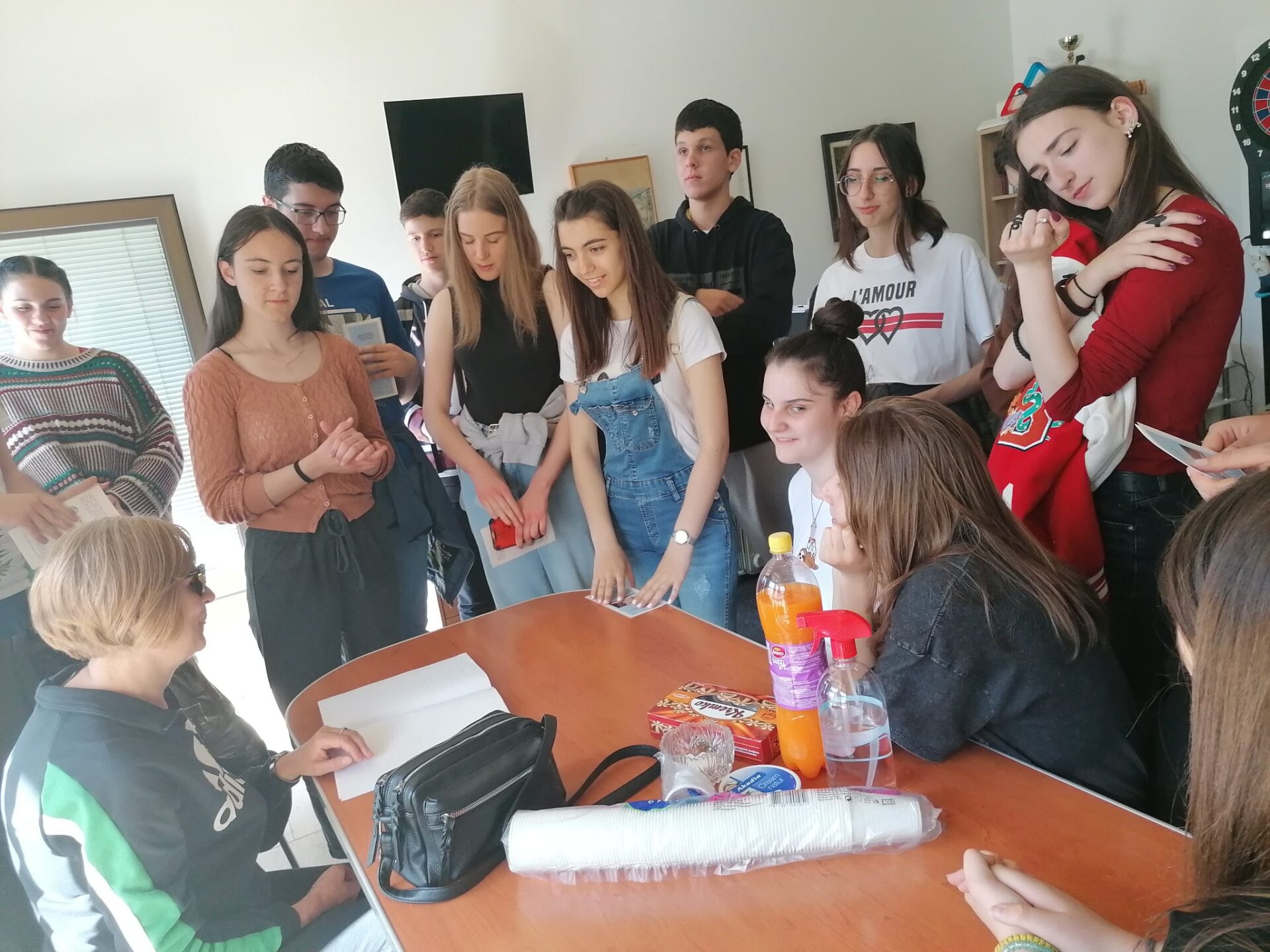 Students also had the opportunity to see how the Braille printing machine works and to see a copy of the magazine in Braille. What’s more, students were privileged to have Ms. Žana Đačić, the president of the Office for blind and visually impaired people, read a didactic story from the magazine. Students discussed the story and shared their opinions which proved that they learned the lesson from the story.

Our hosts presented a cane that helps them walk, computer and smartphones with voice commands, a tactile watch telling the time by touch with tactile dots, the games for blind and visually impaired people such as dominoes and chess as well as the Talking Dart, an electronic darts product. Students took turns to try playing it with their eyes closed in order to see the challenge of playing the darts game without being able to see the board.

The visit of Mr. Erik Pugner, Public Affairs Officer in the U.S. Embassy in Podgorica

Thanksgiving feast and volunteering in the Soup kitchen Pljevlja